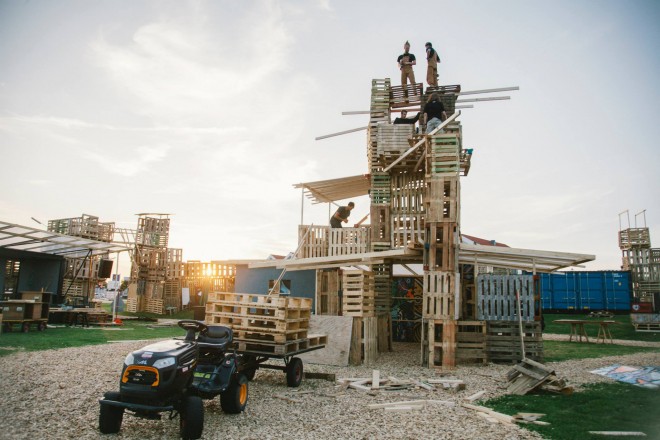 KulturFjorden was a festival installation at Kulturmødet 2015, a culture festival on the danish island of Mors. The project is a sequel of last years project – bigger, louder and better. We set put to facilitate a place for youth, built in collaboration with young people at Kulturmødet, but the magical atmosphere led to it becoming the main meeting place for people of all ages. EspeciallytThe strong engagement of local youths in addition to frequent visits from kindergartens and primary schools, made the project a great success.

The inspiration for the installation came from old european castle towns, where the castle was the centre for life and the public lived all around it (in this case, in tents). The structures were built from reused pallets and took only 4 days to erect.

The installation housed many very different projects and events – where a knitting workshop was followed by a bass party. It hosted Concerts, debates, talks, film screenings and workshops about democracy, graffiti, DIY building, beads, knitting and much more. 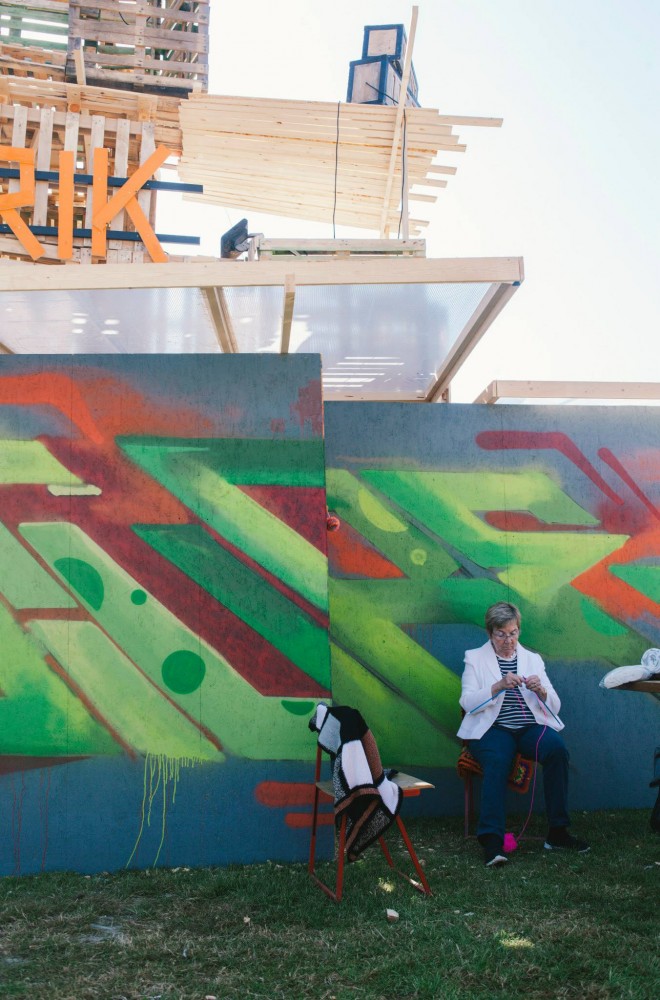 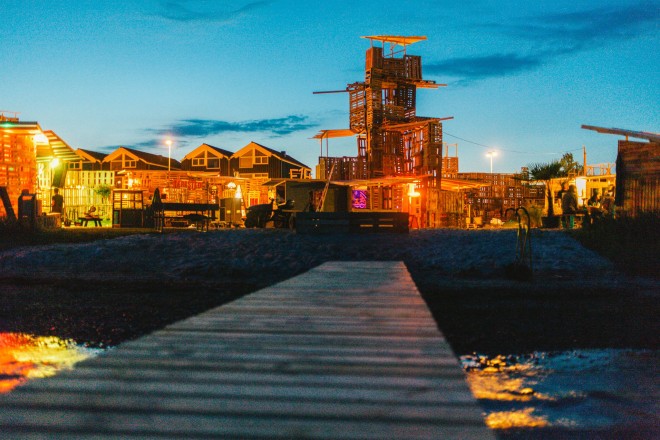 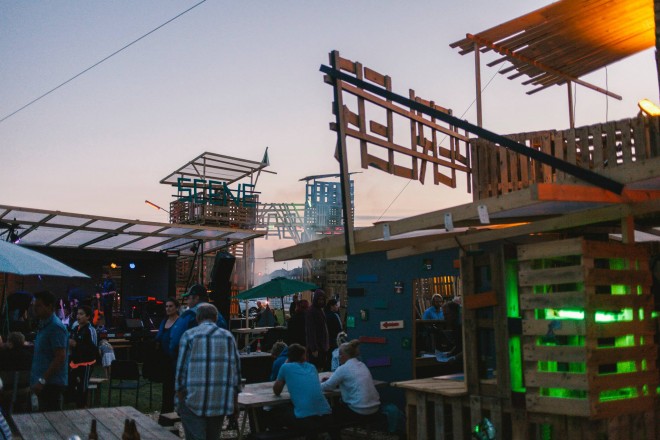 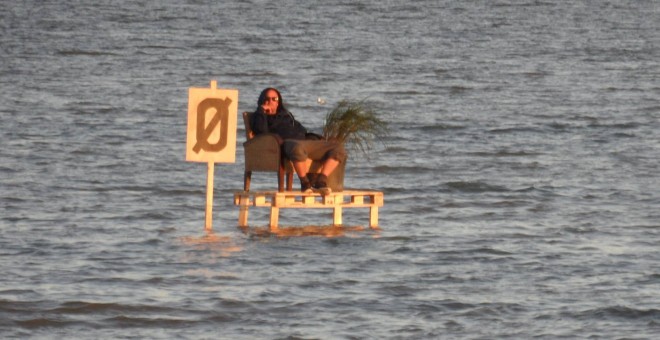 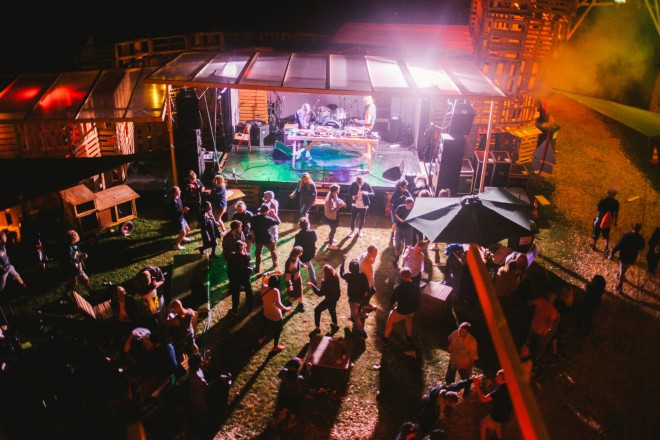 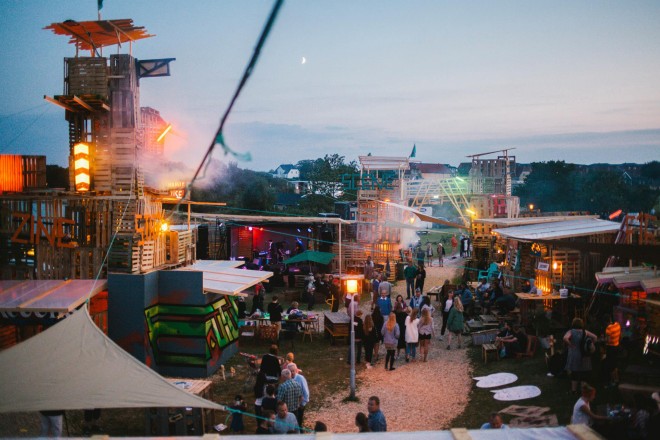