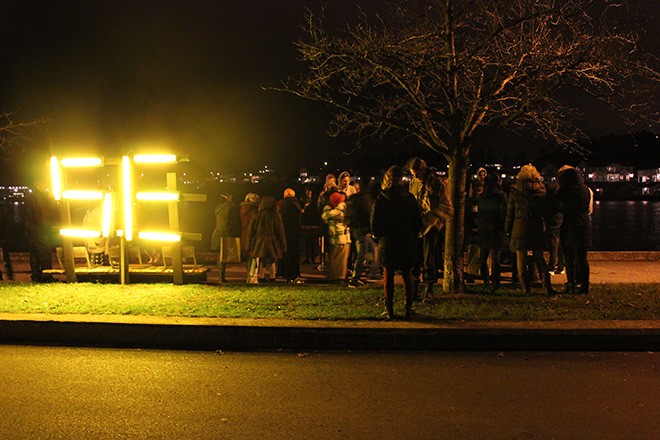 Through the art project FLYT, Kunsthall Grenland in Porsgrunn, Norway, aims to reach out to a broader audience, by using art as a tool for integration and communication. Together with the municipal Adult Education Programme for Refugees, they developed a project specifically aimed towards an immigrant public. The goal of FLYT is to, through art, contribute to integration, give immigrants a voice, and improve the dialogue and communication between Norwegians and immigrants.
Latest news: FLYT just won the national prize “Art Society of the year”, awarded by The Norwegian Association of Art Societies.

PART ONE
We worked together with a great group of young people attending the municipal introductory programme for immigrants. Nine positive and enthusiastic pupils from 18-25 years of age, and with different backgrounds and experiences (Somali, Nepal, Ethiopia, Eritrea), participated in a two-day workshop.
Topics of discussion were identity and belonging, life then and now, democracy and participation (who has the right to shape the city and take part in its evolvement), public art and city spaces/surroundings. We then worked with descriptive methods, statements and language, to discuss feelings and places of belonging in Porsgrunn, reactions to their surroundings, as well as personal reflections and memories from their previous lives. The city spaces were also discussed in the context of art, and art in public space.
The first day we went on a city walk and seven interesting spots were identified for the upcoming challenge of describing them. The group was then divided into smaller groups, and day two we worked on trying to find good statements and sentences that were descriptive of the spots chosen on the walk the day before.

PART TWO
Five weeks later, we returned to Porsgrunn for part 2 of OSE. Together with the young participants, Bureau Detours put up three custom made light signs/objects in public space. The best statements/descriptions from the workshop in part 1 found their way onto three unique pieces of public furnishing, designed and developed from the knowledge, discussions and experiences in part 1. The objects were then installed in the corresponding public spaces – carefully chosen from the seven best spots from the part 1 city walk.
Porsgrunn now boasts three new spaces in public space where not only our young refugees, but also the people of Porsgrunn, can feel at home with, hang out in, and hopefully relax and enjoy their city in a new way. 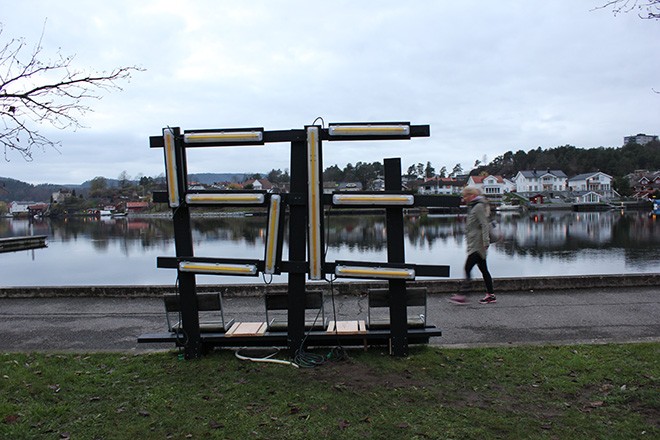 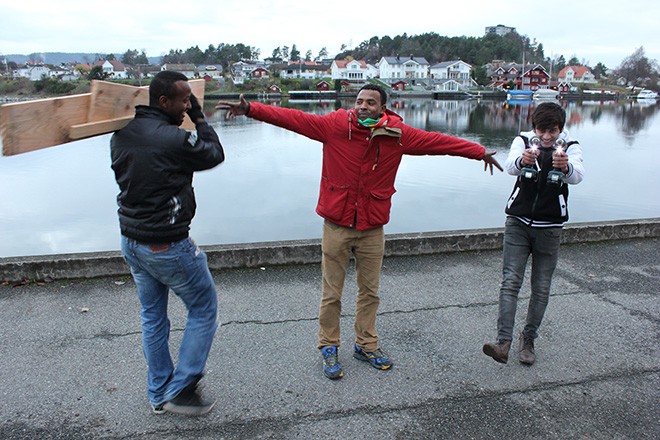 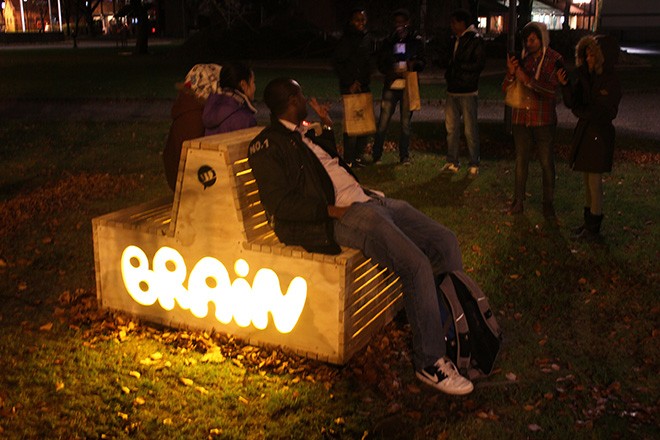 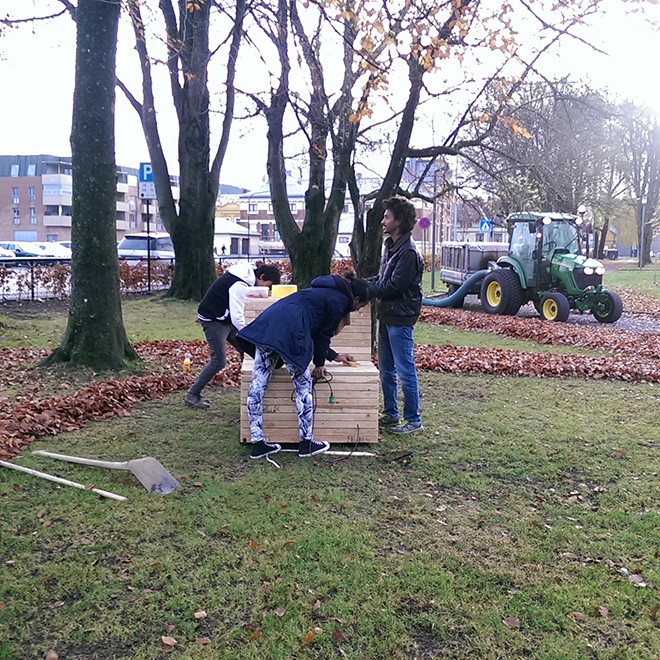 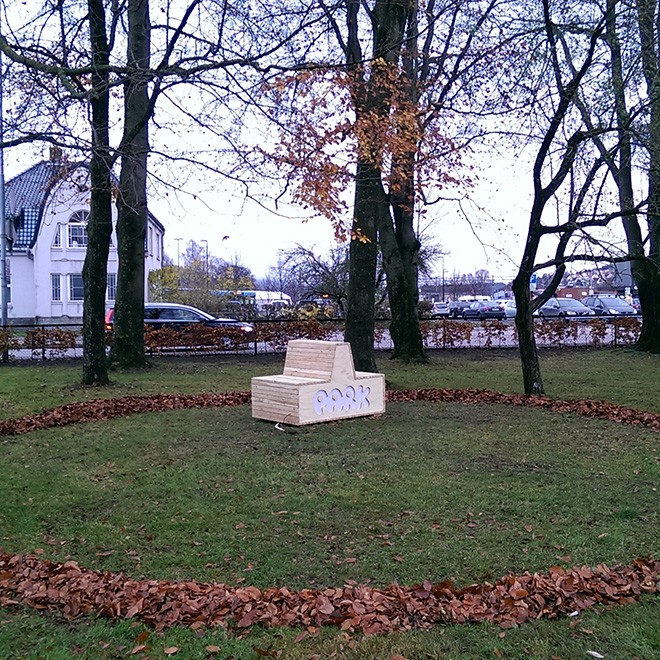 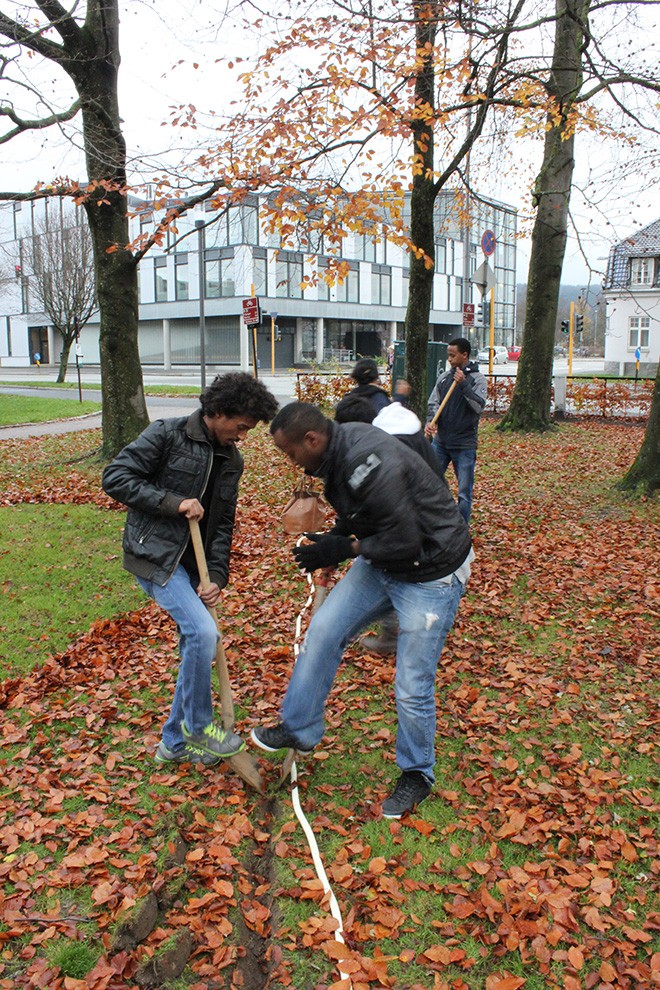 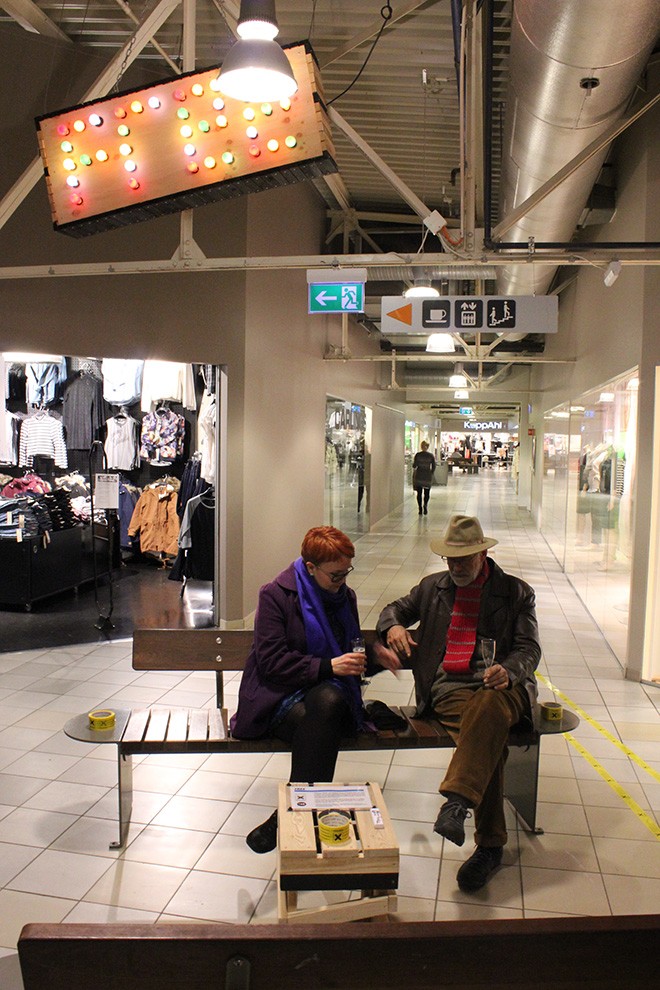 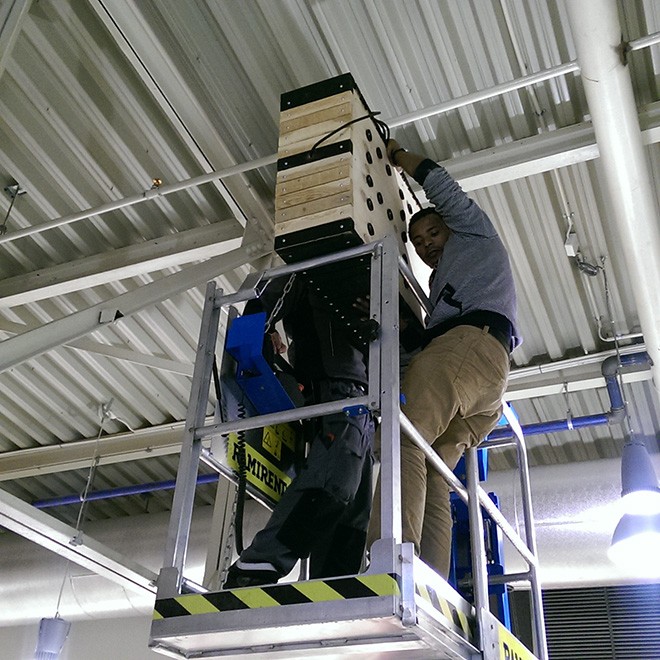 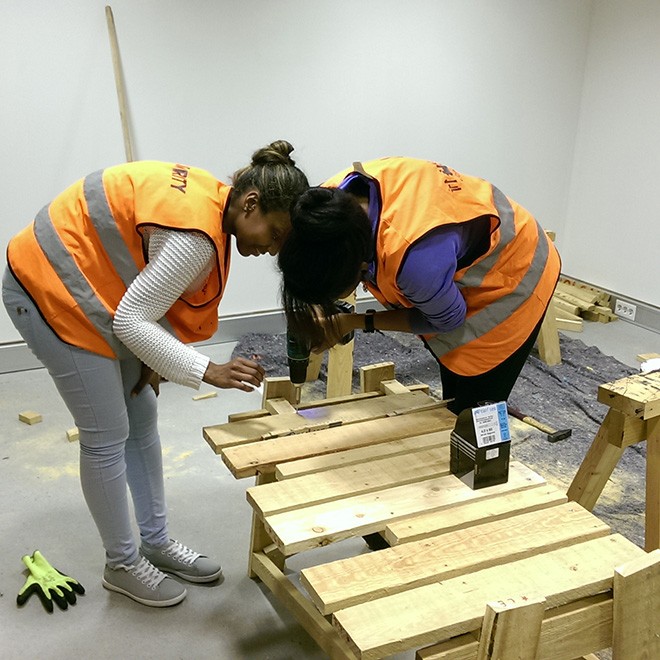 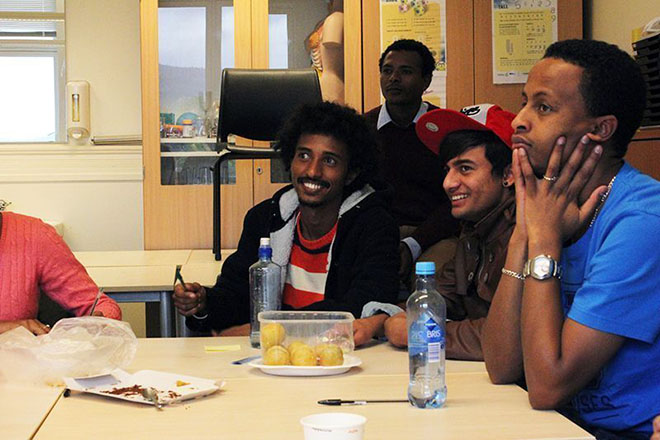 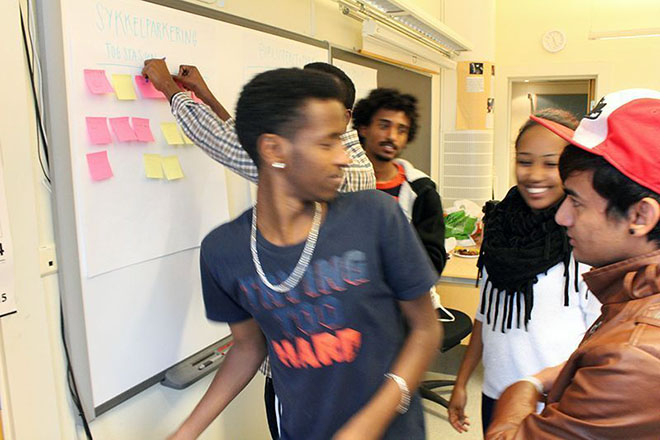 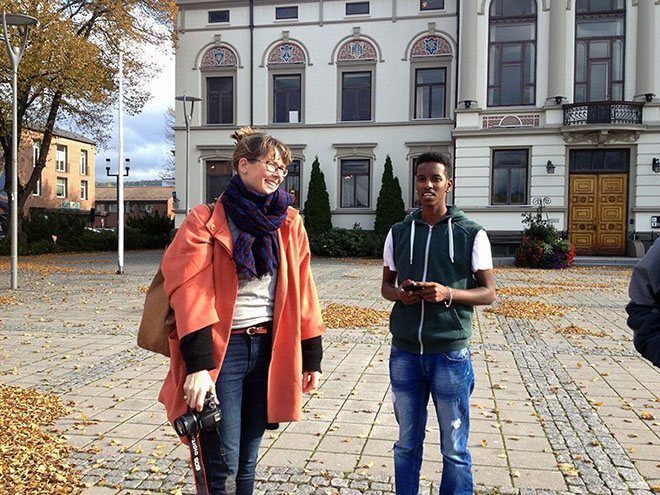 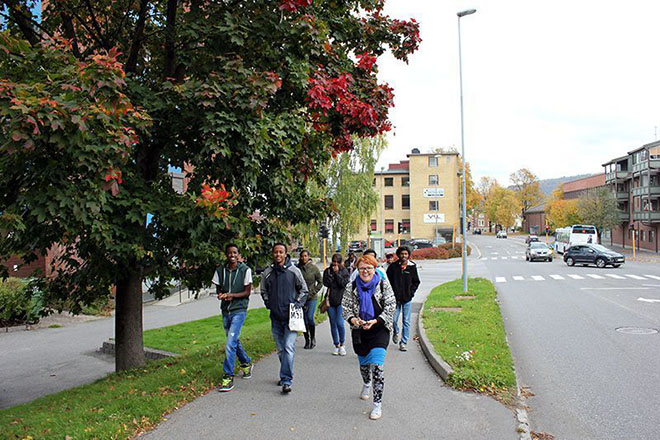 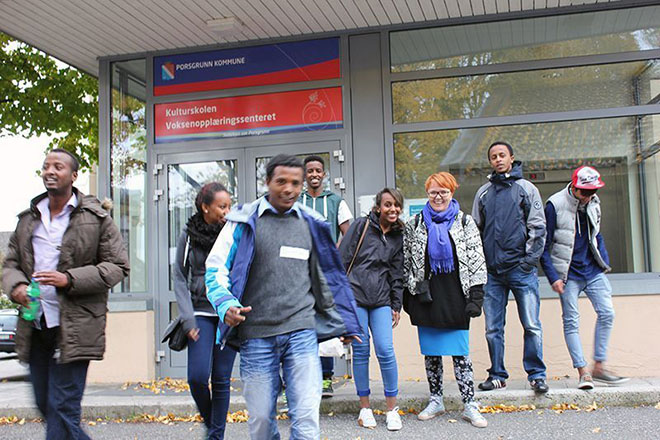