Bureau Detours built a park with a beach area, wooden platform landscape and greenery together with local youth, on the site of the former youth club Sea Side – a vacant lot by the shores of lake Mjøsa. Bureau Detours’ Aarhus, Copanhagen and Oslo departments joined forces and spent the month of June in Hamar, Norway.

During two visits to Hamar over the winter 2014/15 we hosted a small workshop with youths in Hamar, had meetings with the Municipality + local groups and stakholders. We returned in June and over the course of a week, together with 80 Hamar 8th-graders + some lovely employees of the Municipality, we managed to create a new low key oasis for all in central Hamar.

Next to the park and recreational area – now named Seaside 2.0 – Bureau Detours advised the Municipality of Hamar in how they could make temporary use of empty the building mass – a former garage. Severalt groups (ranging from an Art club for kids, a Wake Board club, gaming groups, BMX-riders and “Youth for Hamar”) needing a roof over their heads, are now allowed to make use of the buildings until a decission is made with regards to their future. 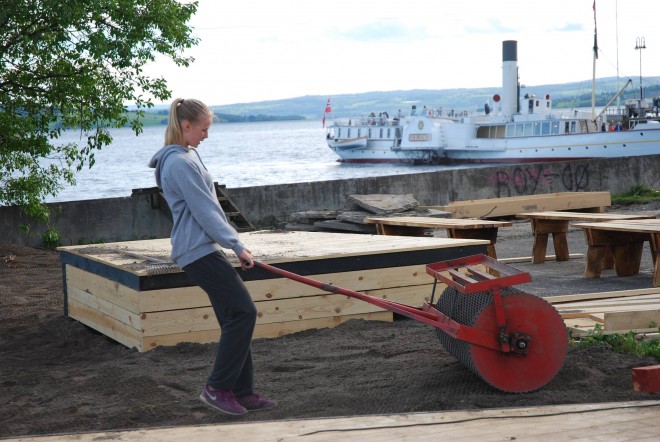 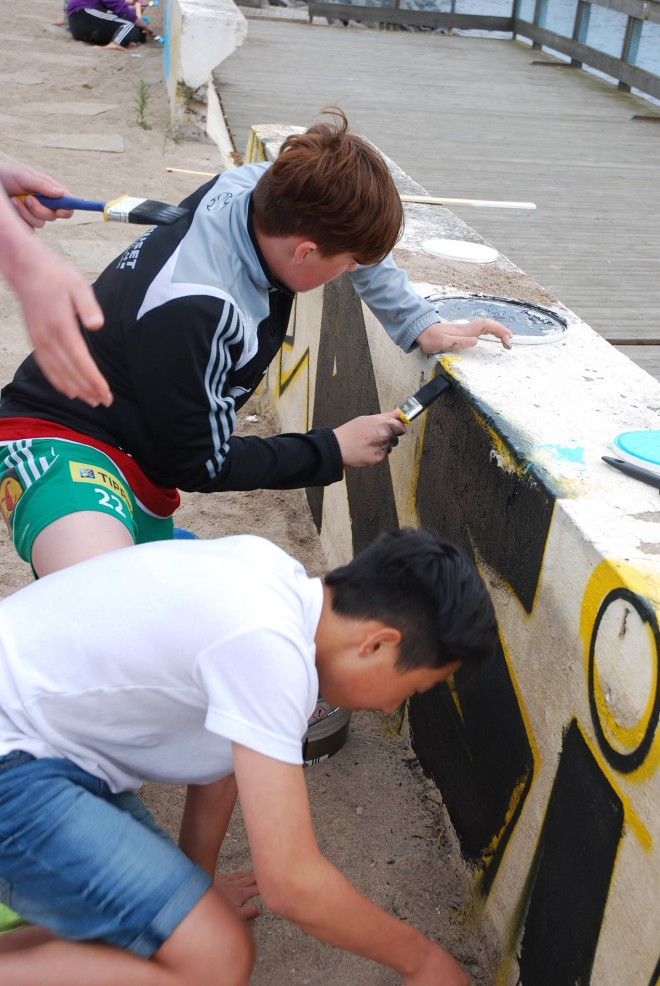 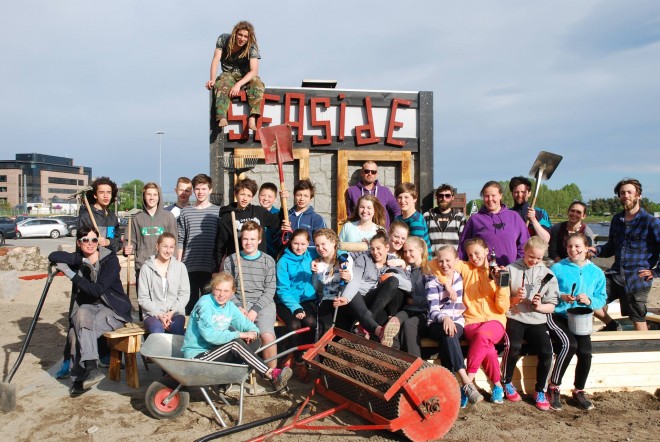 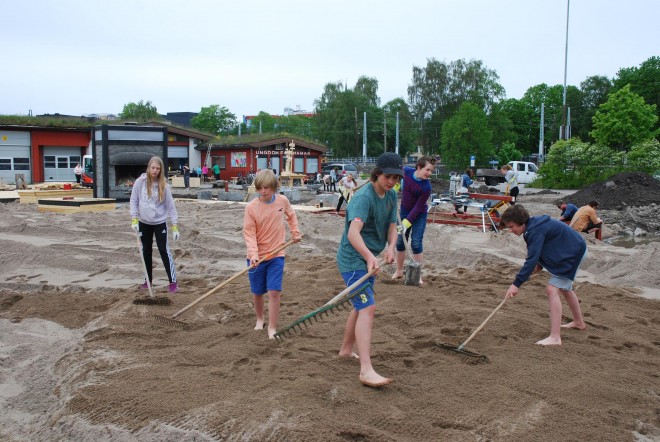 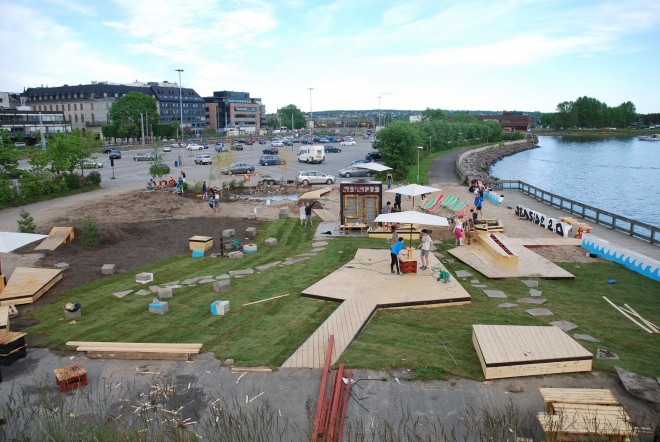 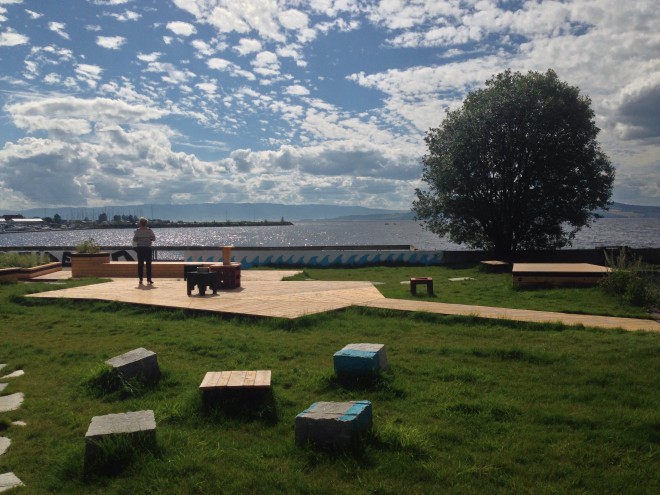 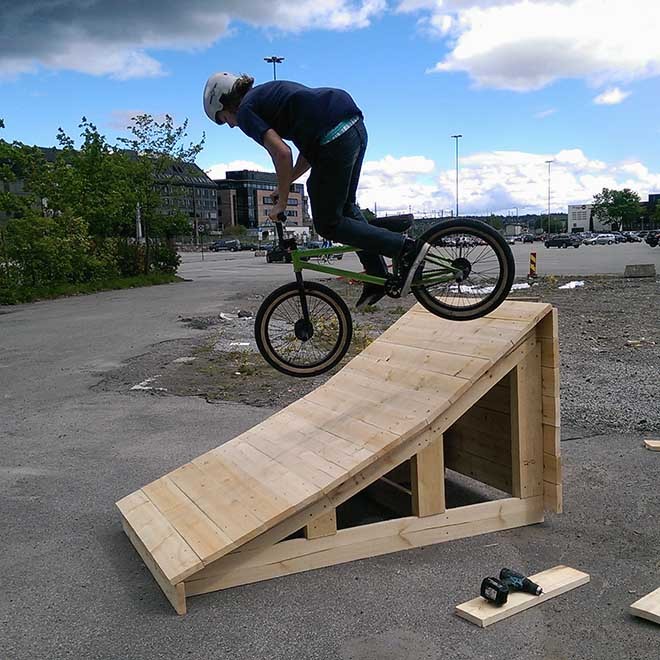 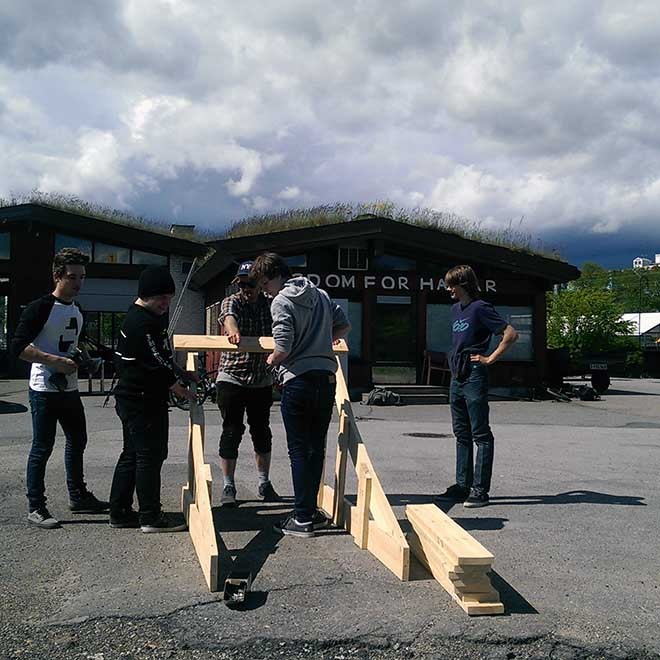 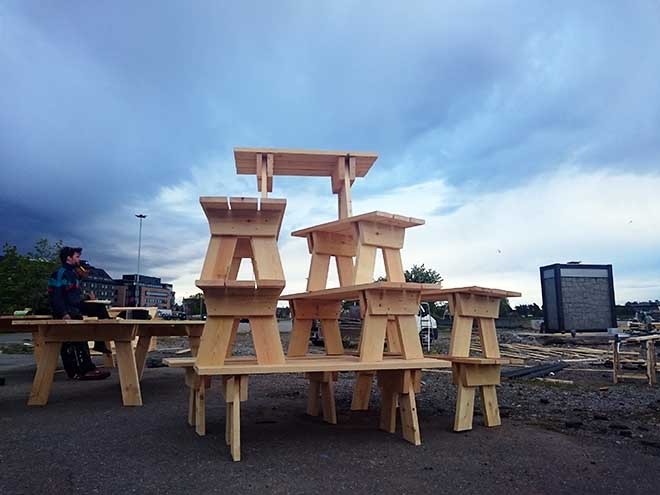 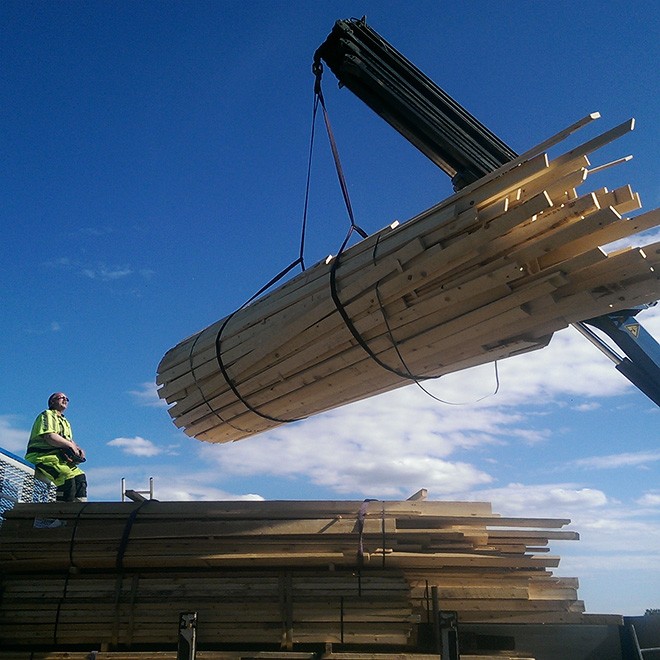 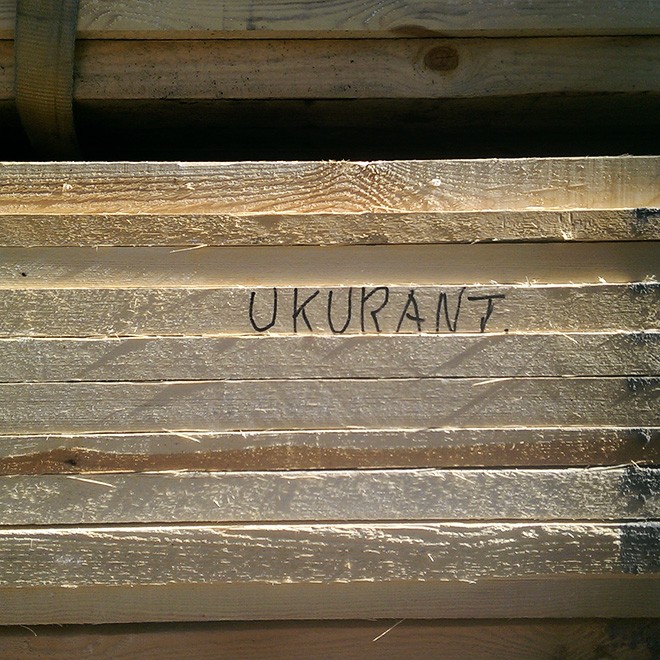 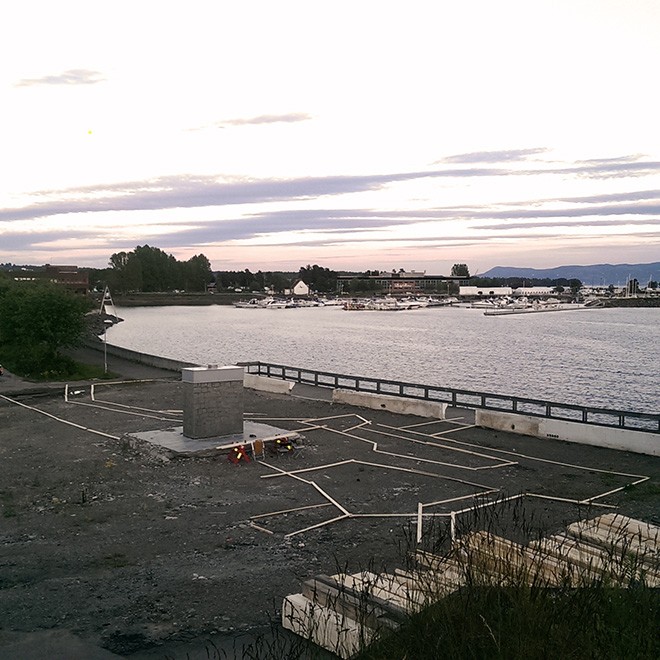